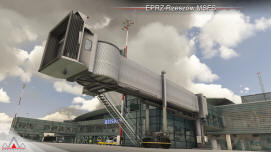 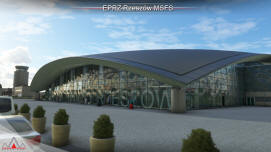 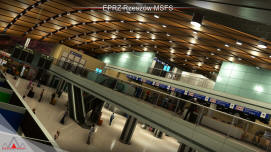 Love the airport. It's one of your best. Just one little glitch seems to have surfaced. Instead of your custom jetway model, I see a default one, as you can see in the pictures below. I have the airport on Orbx. 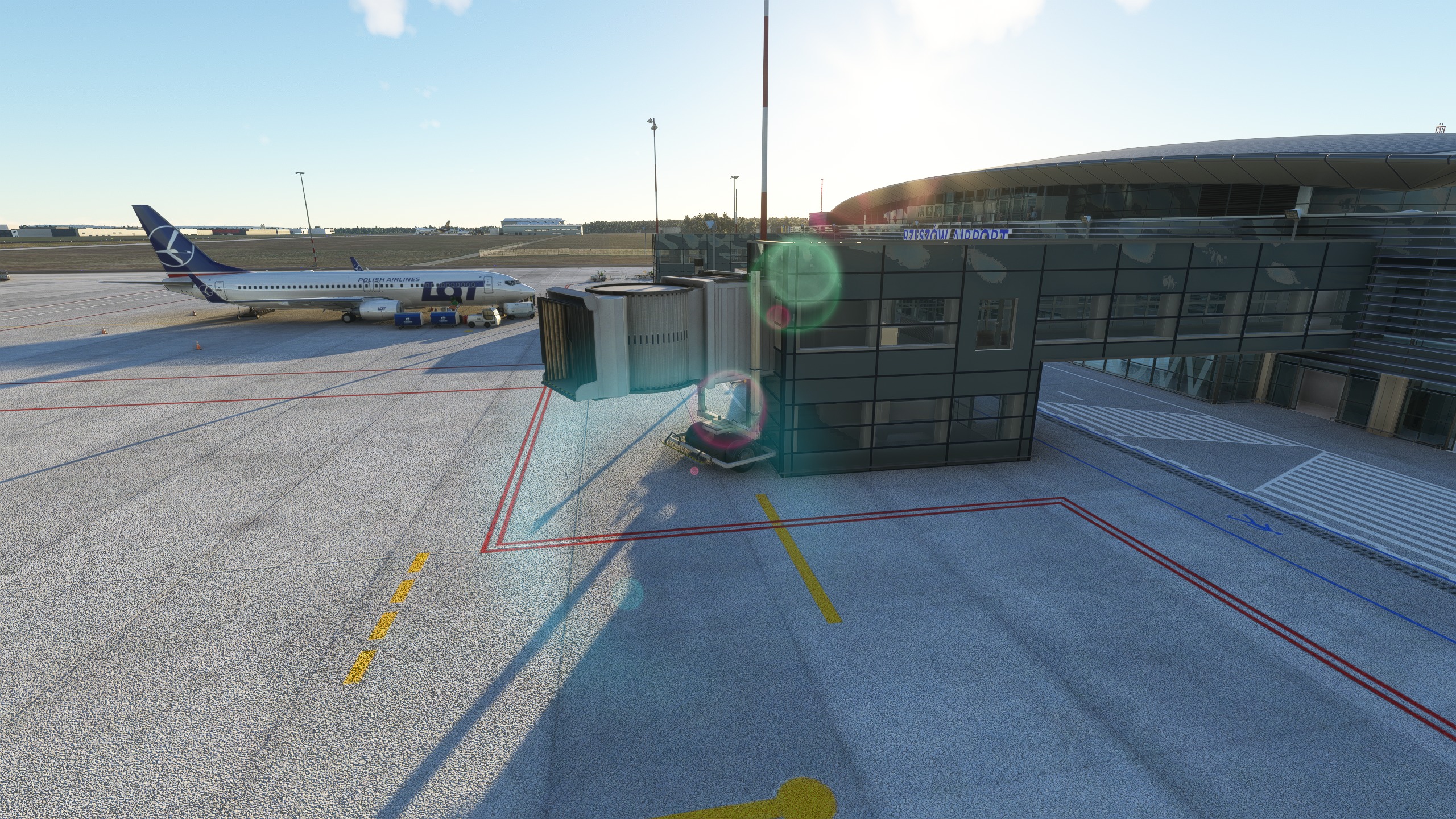 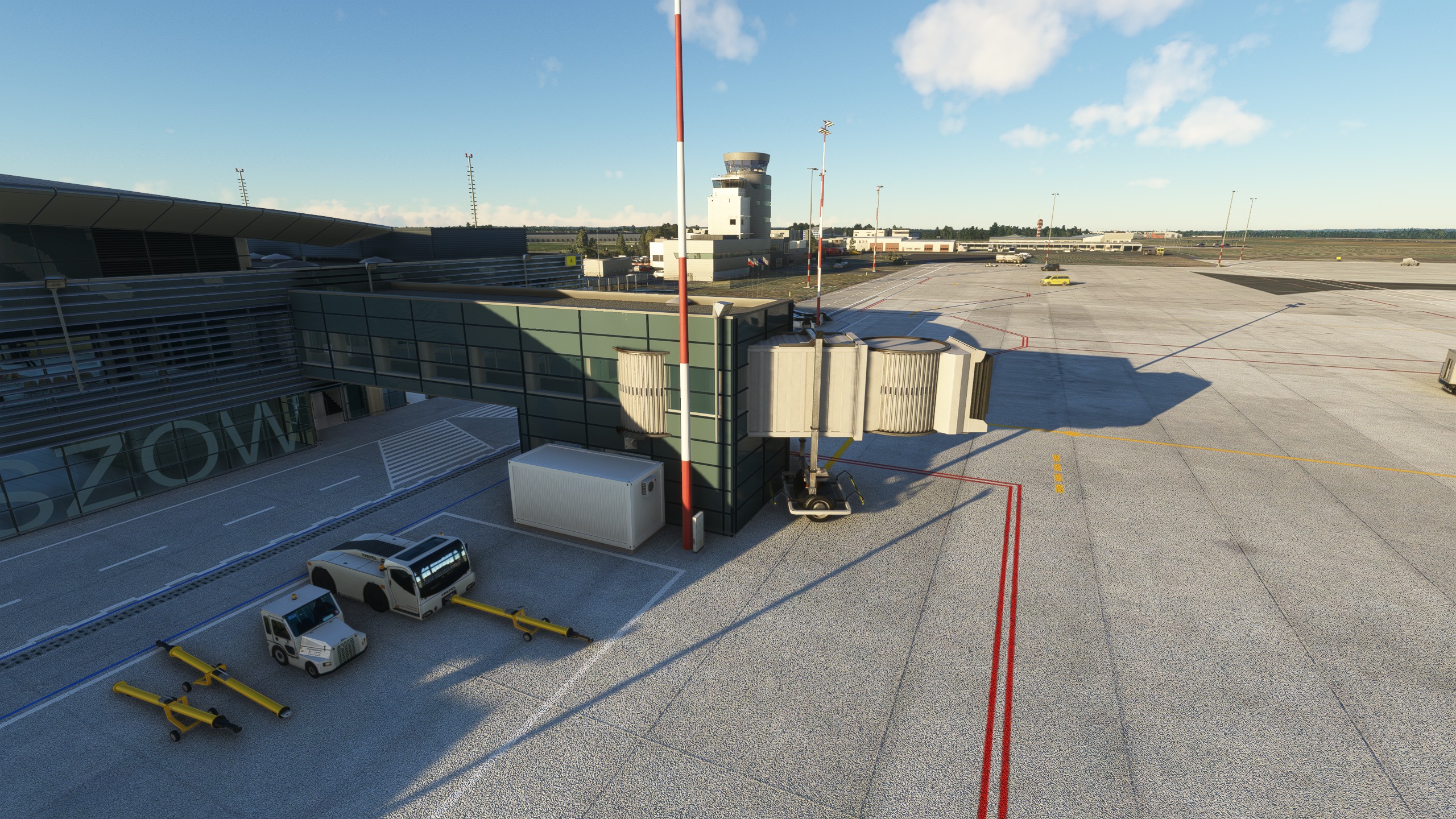 Hi, when we use our installer it seems to look fine like on the promo screens. Orbx builds his own installer based on our files, so maybe it's worth asking them to check this via their forum.
Top

Hi. The jetway model is correctly added to the package so this might be the ORBX's installer bug.

Firstly, thanks for all the work you do, I really enjoy your sceneries. Thank you for fixing UUEE it now works on both my PC and my Xbox.

However, I have discovered during your sale that lots of your products have issues on Xbox. You may or may not have noted in the official forums recently, that xbox products that continually crash the system are being called out and more and more people are making complaints especially after the SU10 release. This in turn looks like it is now going to get serious consideration by Microsoft as they acknowledge this will be raised internally in the coming weeks.

Now you are one of the better devs, that do try to keep their products up to date and that do listen to feedback compared to some developers, this is great please keep that up.

but just a bit of context from me before I get to my main point. I have MSFS on both PC and Xbox and to be blunt I have spent quite a lot of money on add ons including most of, if not all of your own. Whilst I generally have little trouble on PC, when I need to play on xbox I am having a lot of CTD issues with your pay wares. This has been highlighted further in the sale you had this week in which I have purchased Modlin and Rzeszow.

Since my extensive testing on xbox in the beta, this is what I have come across

- Rzeszow - Only today after purchase I have 4 CTDs at this airport. Twice on take off, one on landing and one when turning engine off at the end of a flight. All of these have happened with stock aircraft, like the TBM and Cessna 152. This add-on really struggles on xbox.
- Modlin - This crashed on first startup and has generally worked but I have the odd stutter here.
- Narita - Constantly crashes when im at this airport on Xbox
- Balice - Works 80% of the time but prone to a CTD on landing
- BYDGOSZCZ - This crashed about 3 times at various times of take off and startup from cold and dark before it eventually worked and I was able to take off do a short flight and land.

A lot of these airports struggle with the default Asobo A320.

As for others, UUEE, Washington and Lublin seem to work ok so far.

A few questions, if I may:

Do you test these products on a real xbox?
Do these get tested on emulation software and then sent to Microsoft?

I can only deduct through my testing and the patterns I am seeing is that these are developed PC first then tested through xbox emulation which is why they are crashing constantly. These really do need to be updated properly for xbox.

So the reason why I am writing this post is two fold:

1. with Microsoft now looking into this due to the escalation in broken products on the xbox marketplace and the amount of complaints that are now happening, it is worth you guys getting these up to date for SU10 before they may get pulled because...
2. UK law states that you are not allowed to sell broken digital products, this comes with hefty fines. And as the Marketplace has not been able to issue refunds this has caused a lot of anger with consumers. It is possible that yourselves and Microsoft could find yourselves in hot water in the near future.

So thats what I wanted to bring up and make you aware of. Your products are made with a lot of love and are very reasonably priced, but unfortunately about 60% of them do not work on xbox and that is gathering momentum on the official forums. You guys are not the only ones though, from my testing (in which I spent a WHOLE week on Xbox testing various scenarios on hundreds of products) Justsim, Fly Tampa and Iniscene have the same problems, probably even worse than yourselves. My attempt to contact these devs have fell on deaf ears.

Now this is not fully an Asobo issue, as my testing showed that developers like Roman Design, MM Simulations, NZA Simulations, Auscene, Burning Blue and Pyreegue had consistently performing add ons in the xbox library that work like they should. Where Asobo/Microsoft are culpable is in their testing of the product(probably via emulation) and allowing it to be sold.

If you need any help or further information or testing on xbox please get in touch with me and I will do my best to help at Anthony.dry@gmail.com. I user test for a living as I am a UX Principal at a major global IT Software company.
Top

Hello Anthony.
The main problem with Xbox is that Xbox products can’t be tested by us at all. All testing is done by Microsoft (note - you can test stand-alone products on Xbox but our products are add-ons to the main app, and this cannot be tested). We have reported issues with Xbox to MS several times but did not receive any resources to troubleshoot the products. Basically - we’ve got no idea what is causing CTDs and we cannot test any potential solutions. CTDs are also not consistent - for some users products work just fine while other can’t even load an airplane at the airport. I have no information on how Microsoft tests them but they say everything is tested and working fine prior to release. Unfortunately I cannot do anything about it. If some products are pulled out of Xbox then I can’t really even deal with that since we have no tools available to fix potential issues with Xbox.

This is probably why you see no reaction from other devs. The reason is that we really cannot do anything about it, which is actually very sad for us too. What we can do is simply stop selling for Xbox, but others devs won’t do that, so this is a bit pointless. Perhaps we should wait for large devs’ products to be pulled out (Aerosoft, Flytampa, FSDT etc) which would have more influence on MS to actually search and fix the problem or tell devs how to fix it.

#2 - MS is the only seller here, so we are not „in danger”, we’ve got no responsibility there, especially that each and every product is confirmed by MS to be working fine prior to release.

Perhaps there is a „secret” way of testing app add-ons on Xbox but we haven’t found such an option and MS sais it is not possible.

I recently brought this airport on sale to make some special deliveries for Ukraine, and found these 2 UIA 737 parked there..

I don't think that it was your intention, and probably means nothing, just like that stupid "Z" that got into my Imgur link..

But I think that "NO MORE WAR" graffiti written in bloody red sends a wrong message as if Ukraine was guilty for the war and invaded Russia, and now is the one who has to stop it.
Is it possible to change it for something more appropriate and perhaps more artsy, without making it look like it was vandalized by some Russian supporters?
Perhaps something like "Slava Ukraini", "Victory for Ukraine" or "Peremoga".

Hopefully it gets fixed, just like you did the request of Russians who didn't want to be reminded of the war at UUEE...
Top

FrequentFlyer wrote: ↑Wednesday 11 Jan 2023, 11:22 But I think that "NO MORE WAR" graffiti written in bloody red sends a wrong message as if Ukraine was guilty for the war and invaded Russia, and now is the one who has to stop it.

I'm afraid it's your very subjective interpretation of the words which mean exactly what they mean. No war means no war, no matter where it takes place and who caused it. Huge request to not seek any interpretations or subtexts - in this particular case, if you don't want to see static planes, you can switch them off.
Top

In my own personal opinion the anti war message would be much more clear and bolder if the same message could still be kept at UUEE. But fine, I respect your request and neither want to fall down into whataboutism.
Hopefully I am still allowed to edit the textures with these messages, as it should fall into the fair use category under the common copyright law, as it will be for my personal use only and I have no intentions to share the edited textures with anyone else.
Top
Post Reply
14 posts • Page 1 of 1